As was already announced, we are having a special set of featured matches this weekend to tie up some loose ends from Hextech Revolution. This games are separate from the Nyroth arc, and so players can choose to play for either side.

On Saturday, Demacia and Noxus will fight for the fates of Demacian prisoners captured by Noxus after the Battle of Shurima. On Sunday, Piltover and Zaun will battle for ownership of a newly discovered patch of dark sand, a potent Void-touched hextech energy source.

Support from the Factions in Nyroth

The factions participating in Nyroth were each given a vote to decide whom to support in these two conflicts. They voted rather consistently: Ionia and the Freljord supported Demacia and Piltover, while Bilgewater and the Shadow Isles supported Noxus and Zaun. 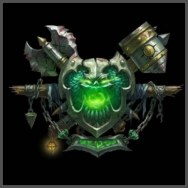 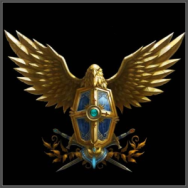 Noxus defeated Demacia in the Battle of Shurima, and took many prisoners. Demacia argues they are prisoners of war, and now that hostilities have ceased they have the right to be released back to Demacia; Noxus counters that they are war criminals subject to prosecution by the High Command. Finding a plausible argument exists for both sides, the Council has decreed that the matter will be decided on the Fields of Justice.

With the help of Zaun’s mechanized HexKorps, the Noxian legions under Swain’s command broke the might of the Demacian military. Many of Demacia’s finest leaders were messily decapitated on the sands of Shurima, with the rest taken captive. The League had ordered that they be treated as prisoners of war until the Council has issued a ruling on Demacia’s attack on Zaun’s pyrikhos mines, but the Council is in deadlock despite the forceful arguments of both sides.

Noxus declares that these prisoners are war criminals who violated an active League peace edict to launch a sneak attack, in which many Zaunites (and Noxians) were killed. They reject as false Demacia’s claim that they had no choice. With nothing more substantial than an ocean spirit’s crazed ramblings to go on, Demacia had no right to take such drastic action. Jarvan III could have sought a cooperative solution with Zaun, or gone to the League. Instead, they unquestioningly accepted Ceruleana’s word not only that the Void energy in Zaun’s mines would open a Void rift and trigger an apocalypse, but that it would happen so quickly that there was no time for anything other than a brutal sneak attack. In response to the argument that Demacia has already been quite harshly punished, they add that Demacia’s military elite is also responsible for the destruction of the Noxian fleet in Shon-Xan, during which many Noxian civilians were killed. As with the attack on the mines, Demacia made no serious effort to call for a surrender beforehand—arrogantly certain of the righteousness of its actions, it launched straight into a murderous assault on their enemies and anyone caught in the crossfire. The Noxian representative pointedly added that these prisoners, unlike the men, women, and children on those ships, will receive proper notice from the High Command before they are put to death.

Demacia first counters that Noxus left it with no real choice when it filled its ships with both refugees and soldiers, then armed those ships with devastating weaponry that would have blasted the Ionian coastal cities to cinders. The Demacian representative objects that it is insulting to the dignity of the Council for Noxus to feign concern over civilian casualties, given the atrocities it committed in the first and second invasions of Ionia. As for the Battle of Shurima, an attempt at peaceful resolution was made, but Zaun opened fire on the messenger (Quinn) sent to deliver the ultimatum, and although she did in fact (at great personal risk) get it into Zaunite hands, Jinx “forgot” to deliver it. Once Zaun was tipped off, reinforcements were surely en route, and Demacia could not afford any further delay. As for a diplomatic solution, there simply was no time: Zaun’s greedy corporate bureaucracy would stall while it scurried about hiding its profits and crafting a cover-story to avoid blame, and Runeterra would be destroyed while they argued in a committee or a law court.

After months of circuitous legal argumentation and bureaucratic deadlock, the League has submitted the matter for adjudication upon the Fields.

If Demacia wins, the prisoners are to be released to their custody. This will bolster the strength of the Demacian military and significantly improve morale—with its king still imprisoned at the Institute, and its nation publicly shamed by League sanctions, Demacian spirits have been brought quite low. Frustration with the League is rising, as Demacians feel they are being punished for saving the world from annihilation, and suffering victor’s justice.

If Noxus wins, the prisoners will be interrogated by Zaunite PsiKorps operatives. They will then be tried by the High Command and sentenced appropriately. Most will be imprisoned for life, some will be publicly executed, and for a select few the High Command will split the difference by condemning them to the arena for howsoever long they may survive—more of a chance than the children on those transports got. 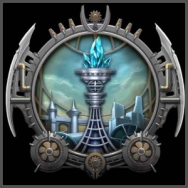 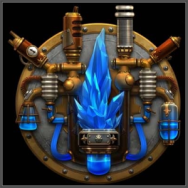 The so-called Hextech Revolution began with the discovery of a Void-touched energy source, the “dark sand”, in Shurima. Both Zaun and Piltover developed many technologies to harness this power, but in the end Zaun won the lion’s share of known pyrikhos deposits. A new seam has been discovered outside the territory subject to the original dispute, and these matches will determine ownership of that new supply.

Zaun was victorious in the Shuriman dispute, and has gained control of most of the pyrikhos in Shurima. Demacia, Piltover, and Bandle City were given smaller amounts they could use, but Zaun controls over half the fields itself and Demacia has locked its share down, preventing Piltover and Bandle City from using it for their research.

However, a Piltovian expedition near the Zaun controled pyrikhos fields revealed a previously undiscovered reservoir of the dark sands. This new source of pyrikhos is technically outside of the official boundaries that the League set as the official pyrikhos fields granted to Zaun; It is, in fact, just outside the border of Zaun’s power, basically touching the edge of it.

Piltover claims that since it is outside the territory granted to Zaun, and Piltover was the one to discover the reservoir, they should be granted control over it. Zaun claims that since they won the league dispute over the majority of control of the pyrikhos, had the new field been known of at the time Zaun would have automatically gained control of it. They also point out that the field is literally only outside their official borders by a matter of feet, and so the lack of including it as part of Zaun’s realm of control was a likely a mistake by the league scribes creating the document.

As in the usual manner, the League has declared that the 2 factions shall meet on the fields of justice to settle the dispute. Whichever side wins will gain control of a valuable source of energy for the many remarkable inventions created during the Hextech Revolution.

We will be using “kitchen sink” rosters for each faction, generally including all Core and Secondary Champions as well as some Tertiary options. However, there will be some bans available as well.

We’ll try to add in brief notes explaining the rosters. Feel free to ask questions. That said, take my word for it: there is a reason for each Champion placement, whether from their general lore or from events during Hextech Revolution.

Unless otherwise indicated, we will be using standard Factions tournament rules.

Each faction starts with one ban per match. They can gain additional bans through the support of the Nyroth factions.

Each faction may shield two of its Champions per match from bans. This helps prevent problems like an opponent banning out all ADCs.

Demacia is supported by Ionia and the Freljord, giving it a total of 3 bans per match.

Noxus is supported by the Shadow Isles and Bilgewater, giving it a total of 3 bans per match.

Piltover is supported by Ionia and the Freljord, giving it a total of 3 bans per match.

Zaun is supported by Bilgewater and the Shadow Isles, giving it a total of 3 bans per match.
Pharmakon II. Zaun used the dark sand to create an arcano-elixir known as Pharmakon II. While not without the occasional side effect, injections of Pharmakon II can convert the magically sensitive into a new breed of psi-mage. Their powers allow them to psi-blast targeted Champions, causing symptoms hard to distinguish from the sort of summoning sickness that Summoners and Champions occasionally experience. (Roll a d6 before each match. On a 6, Zaun gains one ban.)

A 2–1 victory will be handled differently than a 3–0 victory.

As Demacia versus Noxus, but with Commerce instead.