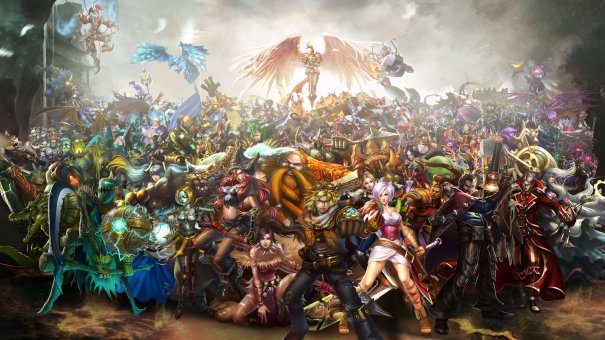 Now that we’re between arcs, I think it’s a good time to finish launching Melee, a new Factions mode in which all factions are playable. Melee is intended as a complement to arcs, and represents the many matches that are fought on the Fields that are not connected to any major dispute. Accordingly, all factions are playable at all times, there are no declarations (you’re all Summoners of the League, after all), and at least to start with the matches will not be divided up into discrete arcs. Rather, Melee will center on an all-factions Balance of Power that will run in parallel with arcs. This complements arc-focused matches between two rival factions by providing an alternate mode that allows all matchups at all times. No more telling new people “sorry, your favorite faction isn’t playable right now”.

While Melee is focused on gameplay, I think we can find some interesting ways to connect it with the larger Factions universe and its stories. For example, we might use Melee match outcomes as inspiration for Herald pieces. There’s also no reason why we can’t have Melee Featured Matches; since at least Black Winter, I’ve been talking about how arc FMs seem a bit overpacked, and we might to think about (e.g.) alternating weekends, with one weekend being arc FMs, the next being Melee, and so on.

Okay, so that’s a lot of talk about what I’d like to accomplish here. I’ll move on to concrete next steps. First, I’d like to request the community’s assistance in reviewing the draft rosters I’ve written up, as well as the draft manual. Now is the time to speak up, as it would be best not to have to alter these things after the launch.

In terms of staffing, the main decision I’ve made is to appoint Sodaman64 as the head of the Melee project. Melee should be pretty light in terms of ongoing tasks, mainly just updating the BoP and rosters, but it would be good to have a few people take joint responsibility for that.