This issue introduces the Ysantis dispute between Bilgewater and Piltover. The details were influenced by the Free-for-All Balance of Power, which has Bilgewater at 12 and Piltover at -11.

Battle at Harrow’s End over Ruins of Ysantis

Battle on the night of Harrow’s End sent threescore souls to the realm of the dead. They fought on the 22nd of November beneath the flags of Bilgewater and Piltover, over the ruins of Ysantis, now claimed by both nations. It was Piltover’s vessel that sighted the ruins, but Bilgewater was first to reach them with its fleet. With the consent of both parties, the League has dispatched Summoners to survey the site and make appraisal of how it may be explored. No petition has yet been made for the League to intervene, but nor has either side brought reinforcements or aggressed further upon the other.

Blood was first shed after the Peerless, a Piltovian hexliner, advanced upon the place of discovery and Bilgewater opened fire. Beneath the waves, Piltovian dive teams intercepted Atlantean shark-rider marines on their approach to the ruins. There they fought, until a Clan Ferros freighter bearing industrial machinery bound for Nyroth sank toward the ruins. At Nami’s urging, the adversaries came to a truce, and joined together to rescue the freighter’s crew and push the sinking wreck off-course. It struck the ocean floor near Ysantis. There it still lies, too close to the strange sorcery of the ruins for any but the most foolhardy to seek to salvage it.

None have yet entered the ruins, lest the disturbance bring catastrophe. It is said that Ysantis was founded during the First Rune War, and the ruins are encircled by hexes from that era of mythic desolation. What brought this lost magic forth once more, none can say for certain, though arcane science knows naught but a nexus that could hold such power in its orbit.

By the truce, none shall enter the ruins until emissaries of the League have made study of the perimeter, and methods have been devised by which entry may be made.

From a chapter of history so ancient as to be scarcely distinguishable from myth, the city of Ysantis has now returned. So confirmed Summoner Mizuri (SurfXxXFish), Marai historian and Emissary of the League, in her report of Thursday, November 29.

Ysantis is the lost sister city of Atlantis, which itself has been known to get misplaced from time to time. Like Atlantis, it was populated by both humans and yordles. From what we know, however, it was considered a strange, supernaturally charged place even by Atlantean standards. Of course, what we know is not much, and is mixed up with a great deal of bizarre rumor and fanciful speculation from the past two thousand or so years.

Yes, two thousand or so years: the time of the First Rune War. This makes separating historical fact from absurd fairy tale all the more difficult, given the kinds of madness that became routine reality with so much weird magic being flung around at such high amperages during that time. We do have some fairly hard evidence, however, thanks to the meticulous historians of the Marai.

Carved into a polished crimson shell affixed to the wall of the Marai Cavern of Years are glyphs which can be translated thus:

“In the fifth cycle of the Reign of Jeklan, the Tidecaller brought grateful gifts, tentacled blue-bronze, from the wondrous cove called Ys, whose magic is beyond compare.”

This suggests that Ysantis was known to the Atlanteans circa 2800 BLE, and (if the stories are to be believed) that it was a highly advanced civilization. Two centuries followed without further mention of it, though a record from circa 2700 BLE records the Tidecaller defeating an Atlantean in a duel, using a “blue-bronze spear”:

“The Atlantean made a dancing feint, and struck with her lance. The Tidecaller took it from her hands with her blue-bronze spear, and so the quarrel was resolved.”

It seems that a small number of Ysanteans arrived in Atlantis circa 2600 BLE. They must have kept to themselves, though, and may have been something of an underclass, as there is little mention of them. This presents something of a puzzle. The prior account, from a fairly credible source—a carving in the Cavern of Years relating a report from a Tidecaller’s personal travel—describes Ysantis as a wondrously advanced place. It seems, then, that the influx of Ysanteans from a ruined Ysantis should have also brought an influx of advanced sorcery. No such change is apparent.

The most enduring trace of Ysantean “culture” in Atlantis may be in their language. Beginning around 2500 BLE, sources began to use the suffix “-ysz” (later streamlined to “iss” or “izz”), meaning “hedge mage”, “charlatan”, or “trickster”. This may have originally been a reference to these mistrusted strangers.

Summary of Other League Happenings

In early 27 CLE, Demacia led a crusade that purged the Black Winter from Valoran. Lately, however, Demacians have faltered on the fields, as have traditional Demacian allies Piltover and Bandle City, and the Shadow Isles and Noxus (along with Noxian-aligned Bilgewater) have taken a stronger position. After a brief surge to the top, Ionia appears to be “seeking balance” near the centerline. 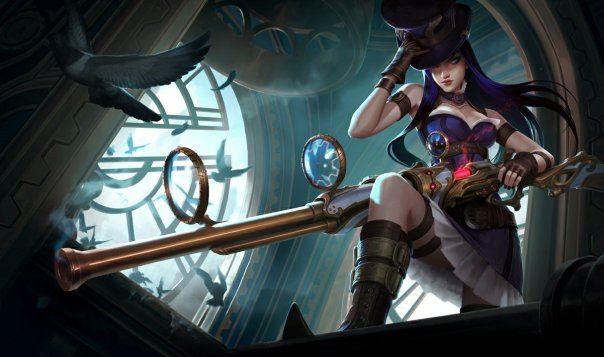 Piltover, which leads Valoranian nations in both imports and exports of belts and buckles, successfully overturned a new tax imposed by the Bandle Merchant Guild on shipments of such items. The tax was widely seen as a playful (but pointed) jab at Piltover. 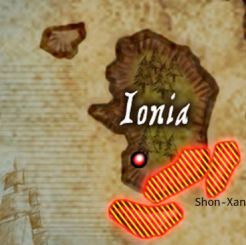 For millennia, the tournament known as the Zoshoki has brought Ionia’s preeminent martial arts schools together to test their prowess. Once, the outcomes of the tournament were used to resolve trials and even some political disputes, not unlike the modern League of Legends. Over the centuries, however, it became more ceremonial in nature. The only material issue at stake is that the victorious school is entitled to claim as its own any training hall in Ionia; traditionally, this means the Tiger’s Tower.

The controversy began with the entry into the tournament of the Viper Clan, a new school based on Noxian-held land on Shon-Xan. Its entry alone was controversial, especially since its students include both Ionians from neighboring regions and Noxians living in Shon-Xan. When it won, the controversy grew, especially since the final bout was decided by a questionably legal leg-sweeping technique. Yet the Viper Clan did not claim the Tiger’s Tower as its prize. Rather, it informed the elders overseeing the tournament that it would be taking possession of the Shrine of the Six Stars: an ancient, cursed shrine to a cabal of bloodthirsty warlords who briefly ruled Shon-Xan almost a thousand years ago. For centuries, it has been kept under magical seals, with entry forbidden even to League scholars.

The Ionian Council of Elders refused, stating that a martial arts tournament, however old and respected, had no business lifting a seal on a shrine permeated with dark magic, especially in the midst of the Harrowing. But Noxus prevailed on the Fields, and the seals were lifted on 12 November, 28 CLE. The good news, from the perspective of Viper Clan opponents, is that so far no ancient warlords have risen from the dead to reclaim the island of Shon-Xan. Still, this is widely seen as more than posturing; it calls to mind Syndra’s establishment of the Cult of the Dishonored Dead during the Black Winter.

Readers of the Herald are invited to submit their questions regarding these articles, as well as general inquiries. We shall endeavor to reply as thoroughly as we can to as many as we can.