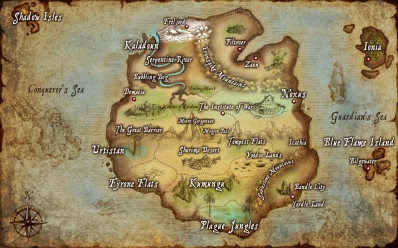 Moving onto other news, we at Valoran’s News Station have a quick update on who has won their featured matches (these scores are separate to BoP scores).

Right now in first place, and undefeated in featured matches, is Pirateland with 6 overall victories in Featured Matches! Oh…I have just been informed by my sources that the politically correct name is in fact Bilgewater. In second place is Icy Frost World…oops, that is actually Freljord, with 4 victories, with their only loses in featured matches being to the top dogs of Bilgewater themselves. Ninja Warrior Lan…ok, make that Ionia, has only 1 win in featured matches, but it is worth mentioning that did end up splitting the prize for their last match against Bilgewater. So you could say they have 1 victory and 1 tie. And lastly, with just 1 win against Ionia, is the cast that just refuses to take off their costumes from the T.V. show The Walkin….And, I have just been informed that the name is in fact Shadow Isles and that I am fired for being incompetent at my job as news anchor. 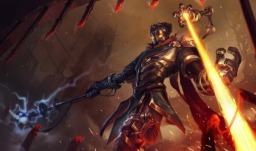