I am very excited to announce a special event for this weekend’s featured matches. With Arc VIII – Divinity we’ve been running a 2v2 arc where every faction has its own roster and its allied faction’s summoners may play for them. Its been an interesting experience to say the least, but we’re going to take things to the next level for this weekend.

It have been requested by a number of people and a number of times that we have a round of featureds where we combine the rosters of the allied factions and let them fight as one united force. Well we’ve been listening and so here it is. For this weekend’s featured matches, September 3-4, we will be holding featured matches where the rosters of both allies will be available to play.

So, this means that Icathia and Bandle city players will be allowed to use champions from both Icathia and Bandle City in all the featured matches this weekend, and Bilgewater and Freljord players may use champions from both Bilgewater and the Freljord in all the featured matches this weekend. The games will be played as a best of six, 3 games played per day, between the two alliances. The final score of the best of six will determine the outcome of the event, which does leave the possibility of a tie. All gains and losses in BoP will be shared equally by the two allied factions, each ally will take one half of BoP points gained or lost. Story and stakes are not out yet, but we should have them for you by tomorrow.

Now, as Ionia knows better than anyone, every time you gain something you lose something. You could think that means since you get to use your ally’s champions on top of your own the enemy factions get to do so as well. While that is true, there is something else that the factions lose. They can’t name their own teams, I’ve taken that power for myself, MAWHAHAHAHAHA!

Team That’s Waaaay too Purple for my Tastes

Bilgewater and the Freljord 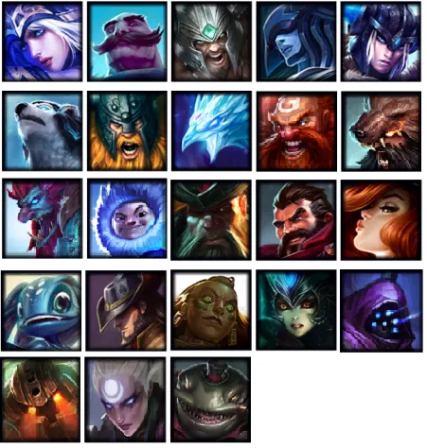