Home › Ceruleana Update 1: Voices Wake Us and We Drown

Ceruleana Update 1: Voices Wake Us and We Drown 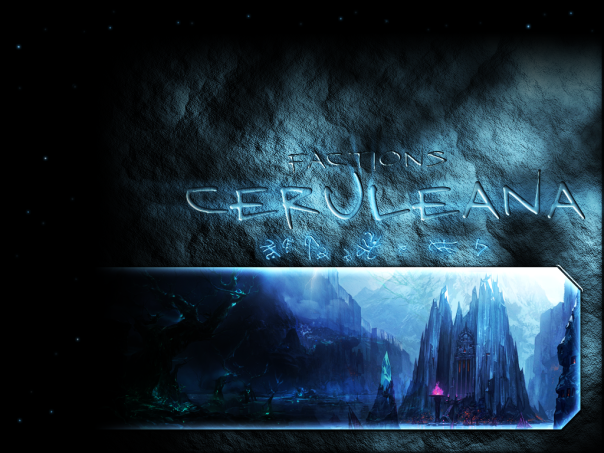 Voices Wake Us And We Drown

The broken ship and her slaughtered crew sank into the dark water off the coast of the Shadow Isles. Hecarim’s ghostly cavalry wheeled around from their charge across surface of the water and swept back to land.

Karthus lifted his scepter with a shrieking incantation. Tortured spirits rose thrashing and choking from the water. They no longer had breath, but their drowning agony endured. A current of necromantic magic pulled them to the shore.

Karthus ran his bony fingers down the ancient pages of his grimoire, tracing out a leyline that ran to the Shadow Isles from the Freljord. His fingertip stopped halfway, where the island of Ceruleana now stood.

At this moment, the wicked grin Karthus permanently bore seemed fully appropriate. “Their pain … is my pleasure.”

Hecarim thundered to their side. “We are not here for your pleasure! Test the bond, now, before these slip away.”

And indeed the spirits’ death-agonies had begun to cool.

“Yes, while the pain is still fresh …” Karthus said, as though reminding himself. He waved his scepter in a circle and whipped the tangled mass of souls together. He swung it faster, and they began to crush together. Like stoked embers, their anguish burned anew.

Karthus pierced the maelstrom of drowned souls with a pale beam of lavender light. Instantly, it illuminated the Isles, Ceruleana, and the Avarosan citadel in the Freljord.

Hecarim looked out through the portal. Moving along this route, an army of the dead could charge through into the Freljord in moments. But there was something in the way …

Karthus sensed the Council’s mystical barricades around Ceruleana choking off the link. He lashed out at them with the force of the spirits’ agony, but the ramparts held. The portal faded away. They would need to win control of Ceruleana before they could fully open the portal and break through into the Freljord.

The drowned crew, their death-pains finally burned out of them, drifted silently past Karthus into the Shadow Isles and the icy stillness of death.

Karthus turned toward a muffled sound of someone moving through brush. “Something … approaches … ”

Amumu stumbled forward into view, sniffling. The bush he stepped through withered and died. The weight of his gloom crushed its branches down into the dirt.

Amumu, the Sad Mummy, will fight for the Shadow Isles! … i-if that’s okay with you guys.

Amumu fits thematically with the “spooky” theme of the Shadow Isles. He’s a mummy, after all. And since all the living people seem to reject him, maybe the undead will be his friends? T_T

From a gameplay perspective, Amumu should help the Shadow Isles with their emerging melee strategy. Without a ranged ADC, but with plenty of high-damage melee champs such as Shaco and Nocturne, the Shadow Isles could benefit from a lockdown champ. There is surely none better than Amumu.

Next Update: Driving Back the Shadows