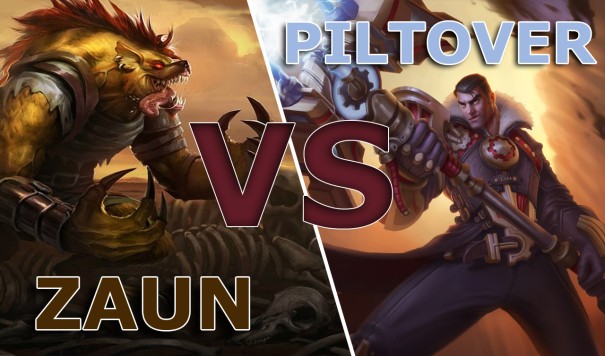 Yesterday, we had our first round of Featured Matches for the Hextech Revolution arc. We’re going to be rotating through the factional matchups for these. This time, Piltover faced off against Zaun.

Zaun took the first match, but Piltover rallied and won the second. It came down to a final tiebreaker match, which Piltover won. Piltover received a bonus 10 point boost for winning the set.

Many thanks to LoL Tourneys for streaming and shoutcasting!

Videos are still being edited and uploaded. In the meantime, here is the complete tournament as a big unedited block:

I’ve received a number of inquiries about streaming and shoutcasting from members of the Factions community. I’d very much like to facilitate that. I’ll be sending out an email to start with, inviting you all to get to know each other.

You can start here: Shoutcasting Matches

Ideally, we can eventually set up some regular shoutcasted match times, and perhaps even add another round of Featured Matches each week, run by community casters.