Even as a sneak peek, this is rough right now. Stay tuned! More to come, including a revision and prettying-up of this rough draft post. CupcakeTrap is tired.

I’ve just closed the polls for the first interactive lore event of the Hextech Revolution storyline. The consequences of this event will continue to play out throughout the storyline, and we’re hoping to put together some juicy lore tidbits that will fit together with tomorrow’s research rolls.

Because I know people are bouncing up and down with excitement, though, I’m putting this post together to reveal how each faction voted and give a quick rundown on what happens next. Again, more detail will come out soon, and many of these events have triggered new plot developments that will continue to develop over time.

Janna, the Storm’s Fury, will fight for Piltover.

Piltover voted to decide whether or not to loosen restrictions on pyrikhos research in order to catch up with Zaun, at the cost of putting Piltover and perhaps all of Valoran at greater risk of disaster.

Piltover’s intelligence agency put forth a proposal for a mission of espionage within Zaunite territory. They revealed that they had deep cover agents on staff at major Zaunite megacorporations. These agents could attempt to access confidential files concerning Zaun’s latest top-secret projects, at the risk of blowing their cover.

After considerable deliberation, Piltover voted to approve the mission.

A tech swap with Bandle City would launch both factions forward.

Piltover almost unanimously voted in favor of making such a proposal.

Outcome: both Bandle City and Piltover get an extra roll on their projects this week.

Two project proposals were made at the meeting:

Piltover had the option of adopting neither. After a close vote, the Summoners decided to launch the People of Tomorrow project.

Many are dead, including several of Piltover’s finest researchers. A great deal of their work has also been destroyed. Piltover loses its research rolls this week.

But they know exactly who is to blame for this catastrophe.

Bandle City summons Kennen, the Heart of the Tempest!

By a considerable margin, Bandle City voted to spy on Zaun.

To escape without being caught: roll a 4 or higher on a d10
Rolled: a 6 (success)

Bandle City voted by a significant margin not to propose a trade to Zaun.

The Council has declared the Floating Pyramids of Shurima off-limits. But Amumu told the Mothership Elders that he knew about a secret entrance to the Great Pyramid of Akhtal, which to this date none have ever entered. Yordle mages hypothesized that a hex-bomb filled with a variant of their latest batch of pyrikhos rocket fuel from the Refuel the Mothership project could blast through the arcane seal. After much debate, Bandle City voted to investigate the pyramid.

What kind of bad stuff?
I rolled on a secret table. Lower rolls are better.
Rolled: a 6 (uh oh)

Amumu found a friend after all. (Hint: not actually Amumu’s friend.) The yordles had better start running. May the Mothership preserve us all!

More to come soon. Let’s just say that the title of the table entry they rolled is “Lich Queen”.

Bandle City voted in favor of swapping tech with Piltover — and although this could have fallen apart had Piltover discovered the failed Bandle City espionage mission, the sneaky little yordles managed to get away.

Piltover and Bandle City make the agreement to swap findings. They each get an extra roll on their projects this week. This also moves them closer to a Piltover-Bandle City alliance.

Zac will fight for Zaun! In exchange, Zaun has agreed to let him begin his project to found a Mutant Academy, where all of Zaun’s mutants and misfits can learn to use their powers for good.

Zaun narrowly voted in favor of a fiendish plan to set Piltover back. Zaunite spies placed an unstable hex on some of the pyrikhos being sent back to Piltover for experimentation.

To avoid detection: roll 9 or 10
Result: 6 (Piltover has proof it was Zaun)

Outcome: (roll on table)
Result: 3
Massive explosions in Piltover. Hundreds or thousands are dead, including several key researchers. No Void rift seems to have opened, thankfully, but Piltover has lost a great deal of valuable research, and will need time to rebuild. Piltover loses its research rolls this week.

Piltover is in a panic, and has been set back considerably. And they can prove exactly who was responsible.

Zaun voted not to adopt the Act.

Riots break out across Zaun as anti-mutant groups tear down Zaunite bioresearch labs. Zaun is at +2 Danger Level this week.

Zaun was given two options: 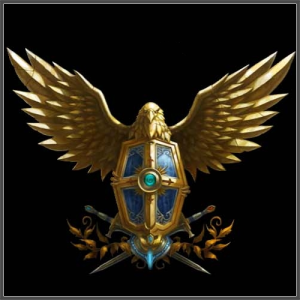 The Iron Solari send Leona to fight for Demacia.

One of the most basic questions facing Demacia is whether to continue to demand a total end to the use of the Void-touched pyrikhos.

The vote came quite close, but Demacia ultimately decided to move toward a compromise position. They want to see even more caution than, for example, Piltover is known for, but they are willing to allow at least some pyrikhos experimentation.

Demacia voted to spy on Zaun.

Demacia chose to launch the Secrets of Shurima project. (Danger Level +1.) Demacian mages are now studying ancient Shuriman magic, which is believed to play a role in the pyrikhos phenomenon.