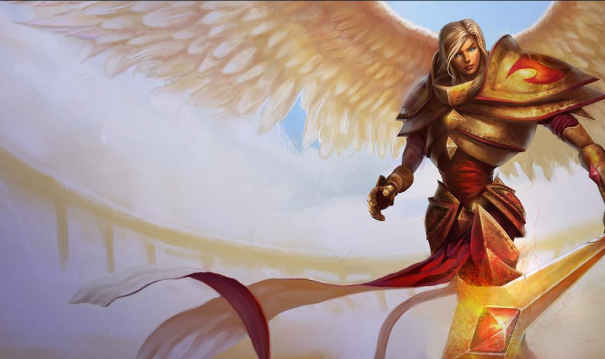 Kayle is not mad. Kayle is disappointed.

A major goal of Intermission is to have fun running lots of matches. I wanted to take a moment to remind people who are organizing matches to make them as fair as possible, unless everyone is truly okay with an imba match.

Update: I’ve put together a shiny new Winrate Calculator spreadsheet that you can use to quickly check the predicted winrate for a given matchup. This tells you, at a glance, how fair the match is skill-wise.

Be nice and have fun

Before I even get into the balancing issue, let me remind everyone of the importance of being nice. Factions can be a little tryhard sometimes, but it’s mostly a wacky funtimes game mode. It is inherently unbalanced: the goal is to participate in a lore-based clash of factions, not to determine who’s the best ADC in the world. Compared to the ultra-symmetry of matchmade solo queue matches, it’s really kind of bonkers. People often end up playing Champions they don’t know well, making matches even more unpredictable.

So, sure, play your best, but remember to have fun. Joke around in all-chat. Don’t freak out if you play poorly, and don’t beat up on a teammate who does. Support and encourage each other. These aren’t solo queue randoms: these are your fellow Factioners. We’re all in this together. Here’s a League of Legends secret I’ve learned over many matches: if you set a positive tone early on, people will often join in and be positive in return.

I give some advice below on avoiding unbalanced matches. Even if you do end up in an unbalanced match, relax and have fun. Your MMR is not on the line. People will remember less about how awesome (or terrible) you were than they will about whether or not it was fun to play with you.

All too often, people have quit Factions after their first match because the organizers were too eager to hit the Start button, and it turned into a horribly (and predictably) one-sided stomp. Please take a minute to check the ranks of both sides and ask if people are okay with the matchup before beginning. If there are any subs in the match, consider asking them to switch sides to make it more balanced.

Once we have five players on each side, I like to summarize the rank balance to the lobby in the following format:

Of course, imbalanced matches can be exciting, and we do adjust match point values accordingly — so if your low-tier team gets stomped by a high-tier team, it’s not going to hurt your faction much, and if you manage to pull off an upset victory you’ll bring in a huge point bonus. If people are okay with the match being imbalanced, that’s fine. But if they’re not, either the match should be rebalanced or they should leave and find a different match. Don’t railroad people into a match they don’t want to play.

How much imbalance is too much?

This is a very good question. We have some data to address it.

tl;dr: If the number of Diamonds/Plats, Golds, and Silvers/Bronzes are not equivalent, it’s probably pretty imbalanced.

A quick look at the chart indicates that G v P (as of September 4, 2014) has a winrate below 30%. That’s already pretty imbalanced.

Here’s data using more of a quick-and-dirty method, where Diamonds/Plats are counted as “H” and Silvers/Bronzes are counted as “L”. For example, G v P would be counted as G v H, which has a winrate of about 43%. (There’s a weird phenomenon of Golds beating Diamonds that I’m not quite sure how to explain; this is the sort of thing that should get ironed out over the next few weeks as I do more in-depth stats.)

You don’t have to consult the charts every time. Just think carefully about how balanced the match is. At the very least, ensure that everyone is okay with the match being imbalanced before you start. Imba matches can be interesting learning experiences, and of course the point gains/losses will be adjusted accordingly, but some people get really stressed out when forced to play against Summoners much higher-ranked than they are, and you should respect that.

Thanks for running matches!

I would be remiss not to add: my sincere thanks to everyone who organizes matches. It’s absolutely essential to Factions that people are willing to get matches going on their own, rather than just waiting for staffers to do it. That said, please do try to make matches as even as possible, or (if they’re uneven) to make sure that everyone’s okay with that and has fun.

And, as always, have fun in-game. A little friendly all-chat banter goes a long way toward relieving stress and preventing rage. Remember: these aren’t solo queue randoms, they’re your fellow Factioners. We’re all in this together.