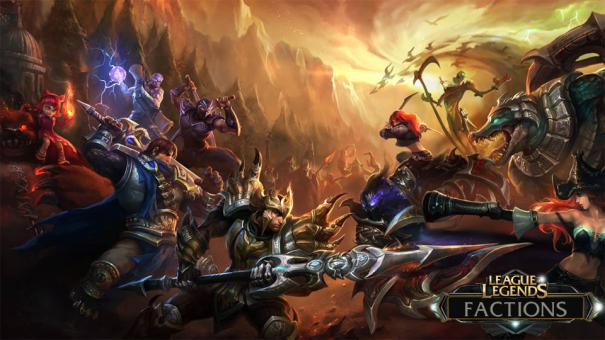 The Week 7 Featured Matches are Bandle City v. the Freljord on July 9, and Bilgewater v. Icathia on July 10. These matches are connected to the World Systems rules, which translate match outcomes into decisions for each factions’ Summoners and subsequent story outcomes.

There are three World Systems stats: Might, Vision, and Influence. For the Divinity arc, which is based on a lot of religious and mystical imagery, we associate each stat with a particular tarot card suit: Swords for Might, Pentacles for Vision, and Cups for Influence.

For Bandle City v. the Freljord, we drew the Five of Cups, while Icathia and Bilgewater drew the Six of Cups: 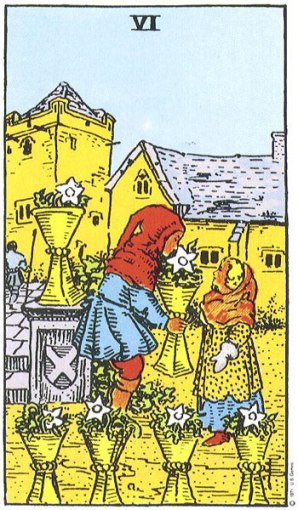 (I swear the deck was thoroughly shuffled!)

These are both Influence cards. Influence covers indirect means of influencing events and other factions, such as diplomacy, League politics, espionage, and commerce.

The Fifth Survivor—Bandle City versus the Freljord

Bandle City and the Freljord have discovered a survivor of the initial nexus formation shockwave, being held in secret by Zaun’s PsiKorps. They can either free her or alert Zaun of the security breach. The two factions could cooperate, or they could oppose one another.

When the Zaunite research station over the nexus was destroyed, the explosion also wrecked a nearby “supply ship”, operated by ThauKorp, a Zaunite research megacorporation. Of a crew of twenty, only four survived. All four are being held (and treated) at the Institute; it’s believed that they absorbed enough thaumic/divine radiation that, until they’re given a clean bill of health, it’s not safe for them to be anywhere except an Institute-sealed “clean room”.

Your agents discover that there was a fifth survivor, picked up by a passing HexKorps security submarine and taken away to a black-site holding facility off the coast of Zaun. The PsiKorps is questioning her. (No, that’s not a euphemism for horrible torture.)

The first choice is whether to try to free her or to go to Zaun and tell them of these vulnerabilities in their security network.

The second choice comes into play if you try to free her: whether to genuinely cooperate with the other side, or whether to betray them.

The third choices comes into play if you both inform Zaun and try to hush it up in the League:

The outcomes are as follows:

Bandle City and the Freljord agreed to work together to break into the PsiKorps compound and free this fifth survivor. Tensions were high, as many from the Freljord were still bitter over the events that took place on Argyre. But the two sides focused on the task at hand, and by combining their intel reports they were able to locate the “black site” compound. A Piltovian steamship would be passing by the site, and they made arrangements to place a crack Yordle commando team on the ship posing as passengers.

The Freljord rolled 14 against a target of 15 to assist. They provided…moral support.

As the ship passed, Avarosan shamans created a hailstorm that battered the compound. Although the hailstones did not penetrate the reinforced walls, the swirling vortex of ice magic briefly disrupted the arcane locks. It did not hold long enough to benefit the yordle commandos, however; by the time they reached the compound, psi-mages had nullified the storm spell, and techmaturgically enhanced HexKorps commandos were hunting through the snow for the source of this clearly supernatural storm. They did not notice the yordles in their winter camouflage hiding just to the side of the door.

Bandle City rolled 25 against a target of 20. The operation was a dramatic success!

The yordle team blew open the door with a pyrikhosian explosive, and once inside knocked the guards unconscious with blowdarts dipped in dreamflower essence. Though the guards had been conditioned to resist many toxins, and most did not fall unconscious, they did experience “disorienting” visions which gave the yordles time to find the captive and break her out. The yordle strike team leapt from the cliffs and soared to the waiting transport on hextech glider-wings.

Upon taking custody of the “patient”, the League formally blocked all inquiries into how this fifth survivor had been found, or where. Behind closed doors, Zaun threatened to compel a formal investigation—but backed down when the League asked them if they could explain why such an investigation should not also encompass an examination of this secret compound and how this individual ended up there.

The two factions gain bonuses on their next Quest checks equal to FM wins + 1. Bandle City gets +2, and the Freljord gets +3. This represents the gratitude of the League for bringing them this fifth survivor of the nexus manifestation.

An Icathian and a Bilgewaterian are having a covert meeting. They’re both traitors to their factions, having come to a mutually beneficial “arrangement”. They’ve been swapping secrets with each other for a while now, allowing them each to take the credit for “discovering” something about their rival, and thereby advancing both their careers.

Your agents have not discovered the identities of these traitors, but have begun to suspect that such an arrangement has been made. You’ve each been manipulating contacts within the League in a way that certain puritanical Demacians might call “corruption”, and you realize that you’re each potentially vulnerable.

You’ve met with the other faction. You acknowledge the existence of a mutual problem involving disloyal Summoners who may be prone to sharing information which, taken out of context of course, could prove troublesome.

The question before you is whether to cooperate with the other side in bringing these traitors in, or to thwart them and try to come out of this on top.

In terms of mechanics, this will involve two Influence rolls. If you’re cooperating, you boost each other’s rolls. If one side cooperates and is betrayed, the difficulties will be skewed against the betrayed faction. If both sides betray each other, you’ll shred each other’s rolls proportionally to your success.

Summoners from Bilgewater and Icathia met in secret to share intelligence related to these leaks and scandals. By pooling their information, they were each able to identify the traitor in their own faction—though, of course, neither side revealed the identity of their target to the other. One cannot be too careful in such matters.

Icathia rolled 19 against a target of 15: success, with two extra Success Levels.

Icathian Summoners found their traitor in Bel’Zhun. Her name is unrecorded, and will never be spoken again.

Bilgewater rolled 19 against a target of 20.

Bilgewater’s team, meanwhile, sent word to the Noxian High Command to be on the lookout for Narso Finderson, one of Gangplank’s top men, last seen headed for Noxus on a fast ship sailing under the name Dragon’s Jewel. A pair of Summoners teleported directly to Noxus and took up positions at the docks. When the Jewel arrived, they boarded it…but Finderson was nowhere to be found. The captain, uneasy at being pressed by two Summoners of the League, spilled everything he knew—the most crucial such piece of information being that Mr. Narso Finderson went to bed late last night, but was not found in his room that morning. Examining the room, the Summoners found signs of a struggle—and residual traces of extradimensional energy.

But Bilgewater did soon locate Narso Finderson—at the Institute of War, under League guard. He had been deemed a person of interest in an investigation into recent actions taken by Bilgewater during the administration of Nyroth’s trade. Some of the numbers simply weren’t adding up, and look at that, there were two sets of record books, how intriguing, and one of them was under a very curious arcane seal, and perhaps some members of the Merchants’ Guild would be so kind as to come by the Institute to participate in this discussion—here were the invitations, they said, which began, “You are hereby commanded to surrender your person to the authority of the League of Legends for questioning”…

Icathia betrayed Bilgewater, closing their own security breach while exposing Bilgewater’s to League scrutiny. On its next Quest, Icathia gets a bonus of +2, while Bilgewater suffers a -1 penalty.

For the details of the various rolls, please see the Week 7 Lore Event Resolution GDoc.