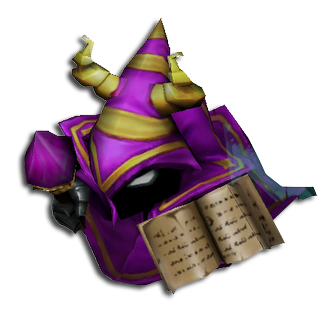 I have clearly gone mad: I have buffed the already-OP Purple Caster Minions.

As many of you may know, Blue Side tends to have a higher winrate than Purple Side. I’ve updated the Balance of Power system to add an appropriate adjust to point values. This change will largely neutralize the Blue/Purple factor.

This is actually a good illustration of the principle behind the skill adjusts. I’ll run through the logic of the Blue/Purple adjust; the skill adjusts are very similar in theory, though their computation is much more complex.

I mentioned above that while the overall League winrate for Blue is only about 52%, it’s more like 58% in Factions. That might be an anomaly due to a small dataset or some kind of variance in the number of matches started by each faction, in which case the standard winrate is the one to use.

However, there’s reason to think that Blue may genuinely be stronger in Factions. Blue side presumably has a positive correlation with match-starter. The person who starts the match not only gets to pick their opposing faction, but is perhaps more likely to have a few friends on hand who know how to play together. If Blue really is stronger in factions for these sorts of reasons, then using the factions winrate would make more sense.

The trick, of course, is performing the necessary empirical research to figure out which of these intuitions is correct. That’s something I’ll have to save until later, when I have a bit more time.

Skill adjust works the same way, except that instead of Blue/Purple winrates, we use the observed winrates of various skill matchups, like “a Diamond and four Silvers vs. a Plat, two Silvers, and two Bronzes”. As with the skill adjust, this change will help ensure that gains and losses on the Balance of Power represent real differences in faction strategies and strength levels, rather than who has the most high-Tier Summoners or who gets Blue Side more often.

Note: the adjusts are a little different for the Howling Abyss and the Crystal Scar. I’ve updated the Balance of Power appropriately.