Lines in the Sand—First Tournament

Matches are streamed at twitch.tv/LeagueFactions, beginning at 11:30 p.m. Pacific (2:30 Eastern) for the Finals (Sunday, July 5).

Since the arc began, we have had one full rotation of three Featured Match sets, one for each faction involved in the present dispute, as well as last weekend’s “Melee” round, featuring all three factions on both days. We’ve seen Shurima ascend (nearly off the scoreboard) and dominate the matches on the Fields of Justice, but Noxus and Piltover are not about to throw in the towel so soon. The time is right for the first major tournament of this arc. It will be held over the course of two weekends, 27–28 June and 4–5 July, 25 CLE.

Shurima’s dominating performance has guaranteed it admission to the League of Legends as an independent state, and the focus of the dispute will soon shift to the territorial bounds of that state, and of the Noxian and Piltovian holdings within Shurima Desert. The League convened this tournament, however, to resolve the status of a major Shuriman city, Dar’Khos, which is also the center of the modern Shuriman independence movement, a fundamentally democratic movement whose members are not inclined to bow down before an immortal Emperor.

The Council has announced that a ruling will soon be made on Azir’s petition for the entrance of Shurima into the League as a sovereign member-state. Many Shurimans rejoiced at the news and proclaimed their loyalty to Emperor Azir, but the announcement has also brought to the fore a pre-existing Shuriman independence movement committed to democratic ideals.

The new independence movement is centered in the city of Dar’Khos, which for a time served as a new capital of Shurima after Azir’s failed Ascension destroyed the imperial court and its rulers. Though this new state was swiftly destroyed by the invading Magelords and Protectorate, it remains an important symbol of Shuriman independence, and is among Shurima’s more cosmopolitan cities, with a large and diverse population that has grown even larger with the discovery of pyrikhos and the economic boom that ensued. Its merchants currently take in considerable profits selling supplies to Noxian and Piltovian soldiers and explorers, and its city government has managed to pit the great powers against one another with sufficient skill to prevent either Noxus or Piltover from swatting aside the fragile League treaties protecting it and seizing control.

The city of Dar’Khos is pictured in the south, on the verge of the Sai region.

While some in Dar’Khos have hailed Azir as their rightful Emperor, the overwhelming majority gave him a much colder reception. They are committed to democratic rule and social progress, and do not wish to be brought under the old Shuriman regime. Their leaders have submitted counter-petitions to the League, agreeing that Shurima should have League representation, but asserting themselves as the rightful representatives of modern Shurima.

Emissaries from Dar’Khos are seeking audiences not only with Shurima and the League but also with Noxus and Piltover. The Council’s ruling on Azir’s petition has been delayed to consider this new issue, and a tournament has been convened to address it. Shurima contends that Dar’Khos is closely connected enough to the historical capital that it should be included within the initial award of territory that accompanies the sovereignty petition. Noxus and Piltover disagree, and argue that the League should recognize the Dar’Khosian petition at least insofar as independence from Azir’s Empire is concerned—and simultaneously offer to take “responsibility” for the city themselves.

The victor of the tournament will be given League-sanctioned control over the city of Dar’Khos, and will be allowed to decide how to rule its new acquisition. (The League will from time to time be called upon by combatants to determine the ownership of a particularly valuable asset by matches upon the Fields, as they acknowledge that armed conflict over that asset would likely destroy it. See, for example, the decision regarding the main port of Shon-Xan.) This decision will in significant part determine the fate of the modern Shuriman independence movement.

The tournament will take place over the course of two weekends.

The first round of the tournament. Games will be scheduled and organized in the standard Featured Match style with players signing up and staff creating a schedule. These games will consist of Bronze and Silver ranked summoners. Each faction will face each other twice throughout the course of the weekend. The faction that comes out as the winner of this round places their faction directly into the tournament finals.

If a tie occurs, we will use Balance of Power to break it. (Unless one team overfilled at some point, and the other did not; in that case, we will give the win to the team that did not.) The winner of the preliminary weekend will move on to the semi-finals.

The preliminaries, unlike the latter matches, are worth standard Featured Match points, as every faction is guaranteed to play the same number of preliminary matches.

The second weekend opens with the semifinals, fought between the second and third place factions from the preliminary rounds. Unlike the preliminary matches, these matches will be high-tier matches fought by premade teams. Anyone can organize and submit a team on behalf of their faction; if multiple teams are submitted, we’ll alternate randomly.

The winner of the semifinals advances to the final round, against Shurima.

The final round will be a best-of-five fought by premade teams.

The Finals will start an hour earlier than the other rounds of the Tournament, and the normal Featured Match time, to adjust for the potential extra time needed to play all 5 games. 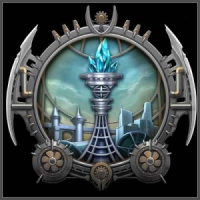 We will have player organized, premade teams for the second weekend. Teams will have the composition of HHGGG, or 2 high tiers slots (Platinum and above ranks) and 3 gold slots. That being said, don’t feel as though you have to get 2 high tier players and 3 gold players, underfilling is always allowed. For example, if you happen to know of a Silver ranked player in your faction that performs better than most of your golds, you can by all means have them in your team roster.

Each team will be made by a member of the faction. That captain will be invited to the game lobby on the game day and will be responsible for inviting and assembling their team. The captain is free to make any changes to their summoner lineup as they see fit, so long as the team remains compliant (e.g. all players must be signed up for the faction they are representing and must fall with in the HHGGG lineup).

The teams for the second weekend of the tournament are:

Poke with your Q

5 comments on “Lines in the Sand—First Tournament”