The Military system is characterized by a high degree of volatility. War is dangerous and uncertain, and the Military system accordingly incorporates a large amount of risk. The Military system also places a great deal of power in the hands of each faction’s delegates, similarly to how an executive official might be vested with commander-in-chief authority to allow for rapid decisions in times of crisis.

That may seem somewhat complex. Don’t worry: there’s no need for every individual Summoner to understand the nuances of the system. The basic version is that the higher a faction’s Military stat, the better it is at brawling.

The League of Legends was founded to save Valoran from total destruction through war. Although the League will intervene to prevent conflicts from escalating to catastrophic levels, often this takes the form of containing and restricting the fighting rather than completely halting it—the League will cordon off certain areas, hold tournaments to award key strategic locations to one side or the other, and rule on allies’ petitions to enter the fray. The fiercest fighting often occurs early in the conflict, before the League can respond, as each side throws all their might into making their position appear as formidable as possible by the time the initial truce is ordered.

In theory, a direct attack by one League member-state upon another would trigger the ultimate sanction: a reflexive declaration of war by all other member-states against the aggressor. This has never actually happened. Invariably, the aggressor is able to make some kind of case for the lawfulness of their attack, which then triggers a League dispute.

In short, despite the League’s presence, the armies of Valoran are not just for show. To keep things exciting and genuinely unpredictable, as well as to generate some flavorful detail, we have put together a system for describing these fighting forces and resolving clashes between them. The following is mostly just geeky detail for people who like a little bit of tabletop mixed in with their Factions. There’s no need to learn how it works behind the scenes unless you enjoy doing so. 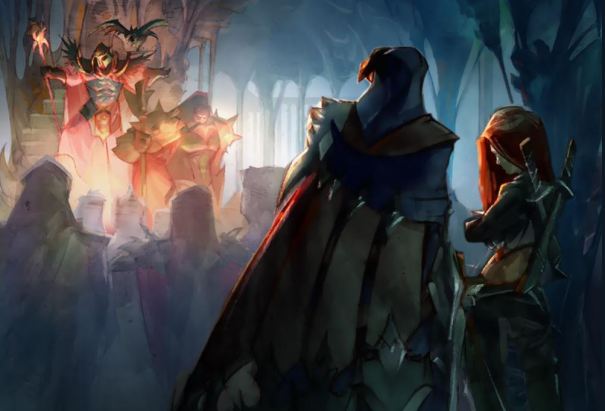 Summoners have the following major decisions to make regarding Military:

There are a few decision points within battles, as well, but these are mostly in the hands of a faction’s appointed delegates, since the timeframe is too compressed to allow for proper voting.

In battles, factions inflict casualties on one another, which reduces their Strength semi-permanently. Factions can reinforce their armies with Production, at a rate of about 5% of their Production stat per week. In other words, over the course of 10 weeks (about the length of a normal arc), a faction can replenish an amount of Strength equal to half of its Production.

Reinforcement only occurs during arcs. (This is mostly just to give staff a break during Intermission.) Factions not involved in an arc recover at half speed.

We no longer track individual units, as Naggarok and I have already had our fill of creating spreadsheets and rolling dice for zombie dogs and crystal crabs. However, we would like to keep some of that flavor in the new, streamlined system.

For each full 10 points of Strength a faction has, it receives one elite unit. These units add d6 points of Strength to battles, rolled each round. Units are gained or lost as Strength changes, with the most recently added units being the first to be lost as casualties, and the last to be regained through reinforcements.

[Optional add-on rule, if we have time to develop it and people like it: there are different types of elite units, and factions can select which one they want. On a roll of 6, the elite unit does something special, depending on its type.]

Factions can use Commerce to hire mercenaries on a temporary basis. A faction’s command structure can only support a maximum of half of its Military stat in mercenaries at any given time, and mercenaries require weekly upkeep. 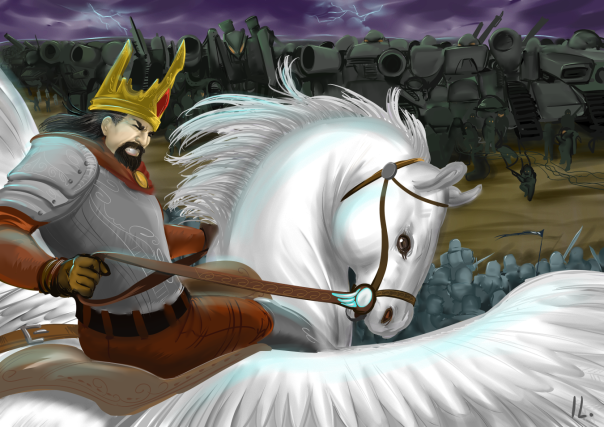 Battles occur over the course of one or more rounds. If the battle is between two factions, we will schedule battle matches that will impact the outcome. While the faction with the greatest Strength is likely to win, warfare is dangerous and unpredictable; there is usually at least some chance that the weaker side will come out on top.

A faction’s lead delegate may declare an attack at any time, by contacting staff. Factions’ Strength values for the purposes of this battle are “frozen” as soon as the attack is declared. (For example, if an attack is declared on Wednesday, and the resolution is still taking place when that Friday comes, and a faction involved in the battle hires mercenaries, they are not available when the battle is resolved.) Two battle matches will be scheduled for the next Sunday that is at least five days from the declaration, with the first match to start at 5 p.m. Pacific.

The lead delegate must have the support of at least one other delegate. Once the declaration is received, staff will conduct a 24-hour poll of the faction’s Summoners to confirm or reject the declaration.

Once a faction’s attack is announced by staff, both sides have 48 hours to negotiate with third-party factions and entice them to join in on their side. At the end of the 48 hours, each third-party faction’s delegate may submit one such proposal, e.g., “We’ll help Noxus if they give us a third of the loot.” (Staff may insist that delegates streamline overly complex proposals.) If such a deal is put forward, the Summoners from the involved factions have 48 hours to vote on it. (If the proposal would lead to the faction fighting a faction it is not already at war with, this requires a two-thirds supermajority.) Once these interventions are resolved, the defending faction’s delegate has 24 hours to decide whether to stand their ground or run.

For story purposes, the battle actually takes place when the defending faction’s delegate makes their decision.

New declarations are “on hold” until the battle is resolved. The League will then step in and enforce a two-week truce while the dust settles. Each faction may “stack” an attack declaration during this time, but they will not be processed until after the truce. (Factions can freely change their submitted declarations, which are kept secret, up until the truce ends.) If more than one declaration is in the stack when the truce lifts, we will process the declaration of the faction with the highest Military stat (not Strength) first, with a declaration time of the moment the truce lifted.

These are the instructions for preparing for a battle.

These are the instructions for running each round of a battle.