Interactive Lore Event V:
The Beginning of the End

by CupcakeTrap
(in consultation with 501st Big Mike, DarkbreakerEx, and Montesque64)

Greetings, Summoner. I have been assigned to brief you on the dispute now before the Council. It shall be my privilege to do so.

You may also wish to consult the Council’s records.

Four factions of Runeterra — Piltover, Bandle City, Zaun, and Demacia — fight for control of the “dark sand”, or pyrikhos, which has been discovered in the Shurima Desert. The dark sand was created when the Void’s contamination spread from Icathia to Shurima and combined with the lingering enchantments of the ancient Shuriman civilization. The result is dark purple sand that burns fiercely when lit and emanates alien magical energy.

Until now, the development of hextech has been severely limited by the rarity of suitable arcane energy sources. With an abundant and versatile energy source such as the dark sand, one could put hextech into mass production, sparking a hextech revolution which could change Valoran forever — or tear open the dimensional fabric and bring forth the horrors of the Void.

Explorers discovered the dark sand shortly before the end of the Shon-Xan conflict. Piltover and Bandle City set up small research labs to further investigate the curious phenomenon. Little was thought of the matter until Zaun arrived and began constructing massive mining operations worked by Noxian laborers, themselves refugees from the devastation of the Void War. Then, a yordle scientist named Merricurry gave an astonishing demonstration at the Institute of War, revealing the true power of the dark sand and confirming the suspected presence of Void energy. With Ionia’s support, Demacia intervened, demanding an immediate halt to this dangerous experimentation.

This dispute has come before the League of Legends, final arbiter among nations. Battle on the Fields of Justice will decide which faction will win control over the dark sand. Meanwhile, each faction eagerly researches the dark sand, hoping to discover as much as possible before a victor is announced.

The research division has compiled a dossier on the current status of each faction’s primary research projects. You may find it interesting.

The Rise of Zaun

Zaun has dominated the dispute so far. In the opening phases, it committed a reprehensible act of sabotage against Piltover. Agents of a Zaunite megacorporation called PyriTek, now formally disbanded, infiltrated Piltover’s research labs and mixed highly unstable double-hexed pyrihkos into a shipment being sent back for high-energy research in Piltover proper. The explosion killed thousands, including many of Piltover’s best pyrikhos researchers, and greatly set back Piltover’s research efforts. Piltover’s calls for sanctions were blocked by clever legal and political maneuvering by Zaun, and only token punishments were issued. (Piltover subsequently demanded and received a change to the sanction rules for this dispute, so that any further acts of sabotage would be much more harshly punished.) Meanwhile, Zaun’s aggressive research methods paid off.

Zaun has used its increasing control over the pyrikhos to build a techmaturgical army, the HexKorps, powerful enough to rival even Demacia. It has eclipsed its ally, Noxus: the mighty Noxian military was devastated by the Void War, and took further grievous losses in the disastrous invasion of Shon-Xan. Zaun has also delved deeply into the study of the Void, and created a new breed of Void-empowered psi-mages using a pyrikhos-based serum called “Pharmakon II”. It has even created warpgate technology based upon Twisted Fate’s powers, and used warpgates to link Zaun and Shurima.

Curious yordles from Bandle City (secretly and illegally) used a pyrikhos hex-bomb to unseal an ancient floating pyramid, hoping to discover something useful in understanding the pyrikhos. To their horror, they discovered an ancient Shuriman princess, Nefara, who had been entombed there in a mummified state of undeath. Nefara had gone mad over millennia of imprisonment as the blissful dream-death created by the Shuriman priests slowly faded away. The Void’s corruption had risen up from the dark sand and into her tomb; desperate for an escape from her nightmarish existence, she made a pact with the demons of the Void and “awoke” with the Void’s dark powers at her command.

The yordle spy-scouts barely escaped with their lives, thanks to the intervention of a Demacian patrol that had been following them. They hastily re-sealed the tomb as they fled, but soon Nefara broke free. She raised an undead army from the sands and seized control of mighty undead Champions from the Shadow Isles, commanding them forth to destroy Bandle City and slay the yordles, that she might raise them again as her servants.

Piltover, Zaun, and Demacia combined their strength with that of Bandle City to destroy the undead army at the city’s walls. They won a costly victory in the battle for Bandle City. The League’s Summoners combined their powers to seal Nefara’s tomb once more, though who can say how long it will last.

The Demons of the Mines

While Piltover and Bandle City merely set up small-scale field research labs, Zaunite megacorporations (which had already been experimenting with the Void ooze seeping out of contaminated Noxian territory) reacted to the news of the dark sand’s discovery by immediately constructing massive mines just in time to beat the League’s ban on further expansion. For some time, there have been rumors of horrible monstrosities glimpsed in the depths of these mines, and of workers wandering off down corridors never to be seen again.

Just weeks ago, demons of the Void tore through the dimensional fabric around the mines and began devouring everyone in sight. A combined force of the HexKorps, Demacian soldiers, and Piltover’s Special Shuriman Expeditioneers destroyed the monsters. Zaun then demanded an investigation into Piltover’s field labs, which turned up evidence of illegal experimentation on leyline resonance synchronization which could have triggered the rift. Piltover insisted this was a frame-up, but Zaun prevailed before the Council and harsh sanctions were issued.

Whether or not Piltover had a part in the disaster, many believe that this is a sign that Zaun is losing control of the dark powers they seek. The week after the voidling attack, one of Viktor’s enormous mechs went berserk and vaporized several Piltovian soldiers before it could be stopped. Zaun insists this was a “mere” mechanical glitch, while others argue that the mech was possessed. Zaun was sanctioned.

While Piltover and Zaun feud in the Council halls over who is to blame for these disasters, Demacian Summoners watch and quietly ask one another where this madness will lead. 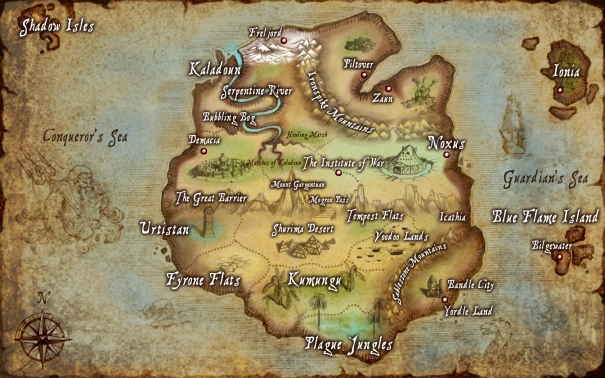 The Council has commanded that a tournament be held to determine ownership of a large swath of pyrikhos with unusual properties, which until now has been strictly cordoned off as “Field 14”. Merricurry herself, having waited on the sidelines of the dispute while performing her own secret personal research, has at last pledged to assist whichever faction can assure her of access to the mysterious variant pyrikhos in Field 14.

The Council has announced that this dispute will conclude no later than July 31. However, should Zaun prevail in this tournament, it may well be able to achieve summary victory in a matter of weeks.

We Seek Your Counsel, Summoner

Each faction now has difficult and weighty decisions to make as we approach the first full-scale tournament of this dispute. Here is a brief summary of the primary topics:

Select your faction below to help decide how this plays out. While you are not forbidden to read the prompts for the other factions, you will have the most “in-character” experience if you stick to your own.

If you have not yet declared for a side, you may do so here. 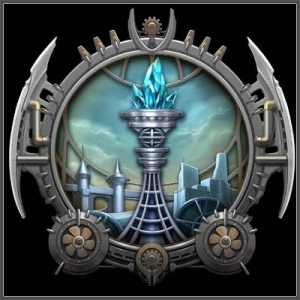 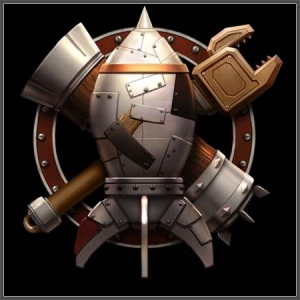 Select your faction to continue. (If you have not yet declared for a faction, sign up here first.)

Voting window. The voting will close on Thursday, June 19. Results will be released on Friday, before research rolls.

Changing votes. When you submit your vote, you’ll be given a link that you can use to change your vote up until the poll closes.

Questions. If you have questions, ask them on the subreddit thread.

Uncertainty. It may seem as though information is incomplete or speculative. When making decisions such as these, one must often work with imperfect information. So it is here. I will try not to deviate from any firm statements made in the writeup, but even that might happen a little: decisions may have unintended consequences.

Resolution. I have some private notes with rules about how this might play out. Yes, there are some potential surprises in those notes.

No wrong answers. This is not a test with right and wrong answers. My goal is to immerse Summoners in the universe of the story and present meaningful decisions. Each decision aims to present a tradeoff or a balance of one value against another.

Have fun. The primary focus here is allowing Summoners to get in on the in-universe action and become part of the story. I acknowledge there’s also a competitive element, but at the end of the day, this is more roleplay than competition.

The following events are involved in the resolution of this lore event: